HP Inc.  unveiled a range of new devices, displays and accessories designed for the modern workforce, including the rollout of several award-winning premium features to the best-selling HP EliteBook 800 series and HP ZBook 14u/15u mobile workstations. As the world’s most secure and manageable PCs and mobile workstations, these devices – along with the all-new HP Thunderbolt™ Dock G2 and expanded portfolio of four new HP 4K displays – will bring powerful innovation and premium experiences into the mainstream workforce.

“The game has changed and standard issued corporate devices of the past no longer meet the needs of the workforce of the future, particularly among Gen X to Gen Z professionals,” said Benoit Bonnafy, vice president, Business Personal Systems EMEA, HP Inc. “Our latest EliteBook and ZBook offerings set new standards for design, performance, and functionality. Whether it’s the world’s thinnest devices or the industry’s most robust security features, HP is redefining the commercial PC experience for the modern workforce.”

Today’s modern workforce requires greater flexibility in where and how work gets done. Sixty-two percent of people work from more than one location[i] and 81 percent work during their personal time,[ii] illustrating the need for devices that seamlessly connect any time, any place.

As boundaries around traditional workplaces are erased, security becomes even more important. Nearly 70 percent of organizations have reported compromised laptops in the past 24 months,[iii] demonstrating the need for robust security features that provide constant protection and resiliency in the event of an attack. At the same time, as workplaces become more collaborative, the need for innovative tools is on the rise. The PC is at the center of this shift, with laptops the most frequently used device for meetings and collaboration.[iv]

Today’s announced devices each feature HP’s premium design language previously only available on the HP EliteBook 1000 series, with chiseled linear wedge profiles and anodized aluminum covers for sleek and strong devices that can hold up to the challenges of the workday. A standout feature for users who work in multiple, diverse locations, the EliteBook 800 series is the world's first business notebook with an ultra-bright display that automatically adapts to changing light conditions,[v] a feature also available on the ZBook 14u/15u.

Durability and sustainability go hand-in-hand as more businesses look to maximize their hardware investment and minimize their environmental impact. The EliteBook 800 series and the ZBook 14u/15u passed MIL-STD-810G testing[vi] and are more easily serviceable than previous generations. The ZBook 14u/15u have industry-leading durability in a thin and light 14 and 15-inch form factor, as they passed two additional MIL-STD tests for bench handling and crash hazard shock for unpredictable conditions in technical environments. The devices in this lineup are ENERGY STAR® certified and EPEAT® Gold[vii] registered, reflecting HP’s commitment to sustainability.

The EliteBook 800 series features the world’s first notebooks with a world-facing, noise-cancelling microphone,[viii] which removes unwanted sounds when in individual mode or enhances for 360-degree voice pick-up when in conference mode. The ZBook 14u/15u also carries this innovative feature for collaboration. All these devices come with the HP Premium Collaboration Keyboard, which features built-in keys to easily manage calls, and include HP PhoneWise, the world’s only Windows solution to text and call from the PC across iOS and Android™ devices.[ix]

New PCs and Workstations include:

For a clean, sleek and productive desk, HP is announcing a new dock and 4K displays:

As security continues to be a priority for businesses and users, choosing the right PC hardware is increasingly becoming a security decision. This is why HP designs its EliteBooks and ZBooks to be the world’s most secure and manageable PCs and workstations5, now with even more security and manageability features to combat today’s threats.

Along with HP Sure View, HP Sure Click, Windows Hello, optional privacy camera, and HP Multi-Factor Authenticate,[xviii] the EliteBook 800 series and ZBook 14u/15u also includes HP’s Endpoint Security Controller. This embedded hardware controller is part of HP’s built-in, not bolted-on, security solution that monitors, protects and recovers the BIOS, the operating system, and critical applications in the event of an attack. Unique to today’s announced devices, this physically isolated, cryptographically secured chip enables:

“Security is a constantly evolving space – an area where no one can claim that they’ve solved security and how a PC OEM approaches security needs to be top priority when a business is making a purchase decision,” said Patrick Moorhead, principal analyst, Moor Insights & Strategy. “I applaud HP’s approach to endpoint security and its commitment to hardware security, as security should be an important consideration factor for anyone looking to purchase a PC.”

[vi] MIL-STD-810G testing is not intended to demonstrate fitness of U.S. Department of Defense (DoD) contract requirements or for military use. Test results are not a guarantee of future performance under these test conditions. Accidental damage requires an optional HP Accidental Damage Protection Care Pack.

[x] Windows 10 MM14 battery life will vary depending on various factors including product model, configuration, loaded applications, features, use, wireless functionality, and power management settings.  The maximum capacity of the battery will naturally decrease with time and usage. See www.bapco.com for additional details.

[xi] Recharges the battery up to 50 percent within 30 minutes when the system is off or in standby mode. Power adapter with a minimum capacity of 65 watts is required. After charging has reached 50 percent capacity, charging will return to normal. Charging time may vary +/-10% due to System tolerance.

[xiii] Based on HP’s internal analysis of hinge height of ISV certified mobile workstations as of January 25, 2018.

[xv] Multicore is designed to improve performance of certain software products. Not all customers or software applications will necessarily benefit from use of this technology. Performance and clock frequency will vary depending on application workload and your hardware and software configurations. Intel’s numbering, branding and/or naming is not a measurement of higher performance.

[xvi] Based on Thunderbolt™ docks that support USB-C™ charging, video and the ability to deliver power to notebooks that require up to 200W power.

[xxi] HP Sure Recover– HP Sure Recover is available on HP Elite PCs with 8th generation Intel® or AMD processors and requires an open, wired network connection. You must back up important files, data, photos, videos, etc. before using HP Sure Recover to avoid loss of data.

[ii] Based on currently available, in market mobile workstations as of January 25, 2018 having physically embedded hardware based privacy screen. HP Sure View is optional and must be configured at the factory.

[iii] Based on HP’s internal analysis of hinge height of ISV certified mobile workstations as of January 25, 2018.

[iv] Based on HP’s unique and comprehensive security capabilities at no additional cost and HP Manageability Integration Kit’s management of every aspect of a PC including hardware, BIOS and software management using Microsoft System Center Configuration Manager among vendors with >1M unit annual sales as of November 2016 on HP Elite PCs with 7th Gen and higher Intel® Core® Processors, Intel® integrated graphics, and Intel® WLAN.

[v] Based on HP’s unique and comprehensive security capabilities at no additional cost and HP’s Manageability Integration Kit’s management of every aspect of a PC including hardware, BIOS and software management using Microsoft System Center Configuration Manager among mobile workstation vendors as of Jan. 2017 on HP Mobile Workstations with 7th Gen Intel® Processors. 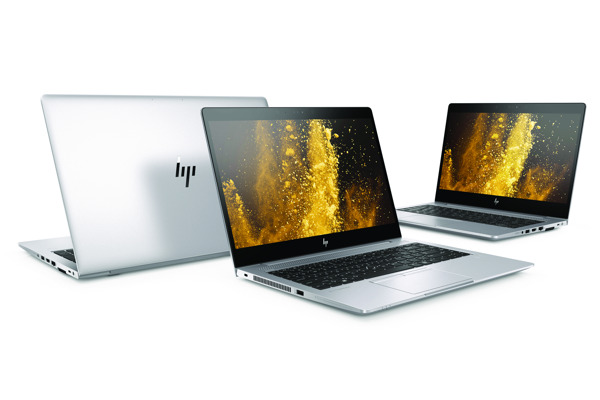